I am pretty ashamed to admit that I have been a smoker for well over 30 years, so I know all too well the pains of quitting.

It’s not just the physical pains, but the mental ones as well.  We tie up smoking to so many different emotions.  Joy, sadness, loss, excitement, boredom, stress.  You name it, we use the emotions as an excuse.

Probably the biggest excuse we use to NOT quit is that we’ve got too much going on in our life to quit.  We are already way too stressed out and smoking helps to keeps us calm.  Trust me, I used that excuse for YEARS!

While it is true that nicotine works on the pleasure centers of our brains, giving us a brief feeling of calm, the truth is that smoking is actually very stressful to both our body and our mind.

As a health coach, it’s pretty sad that I continued to smoke.  I felt like a fraud a lot of times, but I’m here to tell you that this is the year that I FINALLY QUIT!!!

During my journey to quit smoking, I have learned A LOT about ways to overcome those nearly unbearable cravings.  One little trick I learned from browsing Pinterest and a young lady named Cajun.  She has a terrific article on her website where she talks about how to make the sticks and also has done some great research.  You can read her article HERE.

Since Cajun’s article is so great, I won’t belabor her research any further.  I will say however, that since a great deal of my audience is diabetic, her use of cinnamon essential oil probably isn’t the best!

If you are diabetic, I’m sure that you’ve heard how great cinnamon is for lowering blood sugar, however, if you are also taking diabetic medications, it can be pretty dangerous to use a lot of cinnamon without checking first with your doctor, so I’ve changed up the recipe somewhat.  But GREAT job Cajun!  Thank you!

How to make Quit Stix

These babies are so super simple to make, and you’ll be so glad you did!

You’ll want to keep your jar tightly sealed and out of sunlight so that the oils won’t evaporate, but they not only taste great, they really help!

Don’t have the oils or the time?  No worries, send me a message and I’ll be happy to  you can get them HERE.

You have now created yourself 80 deliciously effective Quit Stix to use when those awful cravings strike!

If purchasing all of the ingredients seems a bit much for you, I’d be happy to ship you out a jar of them!  Just shoot me a message and I’ll be happy to help you out!

If you’ve been struggling trying to quit smoking, I’d LOVE to help you out with that!  Check out the deets on my #IQUIT Smoking 12-Week challenge.  Make this the year you quit too!

So, what do you think of this idea?  Does it seem a lot more effective than just sucking on a plain ‘ole toothpick?

I’d love your feedback!  Will you use these?

Here's to your health! 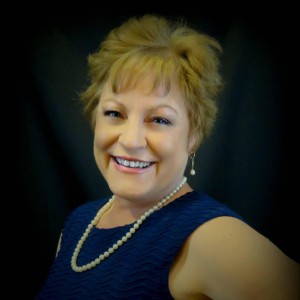 Hi there! I'm Collette Wiedecke, a Certified Integrative Nutrition Health Coach, the host of the popular weekly #WTMKlive, Your Holistic Health and Unconventional Foodie Destination, broadcast on Facebook, the founder and creator of Holistic Happy Living, author and speaker. I congratulate you on making an investment in YOU!

All information provided on Holistic Happy Living is based on my own and our expert’s personal experience. We are not medical professionals and no adjustments to care should be made without consulting your medical team. If you are new to exercise, haven’t exercised in a while and/or haven’t seen your medical team in the last 3 months, it is advised to do so before engaging in any kind of physical activities. You must not rely on the information on Holistic Happy Living as an alternative to medical advice from your doctor or other professional healthcare provider. If you have any specific questions about any medical matter, you should consult your doctor or other professional healthcare provider. You should never delay seeking medical advice, disregard medical advice, or discontinue medical treatment because of information on this website.